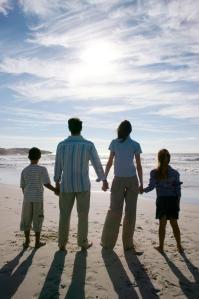 A government and how it runs a country varies. The role the government plays in promoting an informed choice for a family size for any type of government starts with education on the subject. An informed choice, sounds like no choice, “this is how many children we would like to limit you to.” Countries like China have a “One-Child Policy” that is enforced through violence, forced abortions and forced sterilization. This policy also sounds like a form of genocide.

Hong Kong’s “Two is Enough” campaign, Two-Child Policy, used educational means to reduce the rapidly rising population through reducing the general birth rate. In the United States the family planning program Planned Parenthood is funded by Title X of the Public Health Service Act. This program uses education, medical exams, disease testing, prevention and management of sexually transmitted infections, pre-conception counseling and management, and infertility management. The family planning services, similar to Hong Kong’s numbered campaign, is defined as, “educational, comprehensive medical or social activities which enable individuals, including minors, to determine freely the number and spacing of their children and to select the means by which this may be achieved.” (http://en.wikipedia.org/wiki/Family_planning).

Governments that are governed by the people have more freedom, education, resources available to the general public, and seem to make better decisions. These governments are usually constitutional, democratic, and capitalistic. The general population also contributes to the financial state of the government through fair taxation. So the programs that are promoted, literally come from the general population itself. In this type of situation, a persons education and financial situation would play a major role in family planning, timing of pregnancy or spacing children.

The Responsibility to Protect (RtoP or R2P): A rule or belief governing behavior or a standard of supreme, independent authority over a geographic area, not a special right, advantage, or immunity granted or aviable only to one person or group of people. R2P prevents or halts:

◊Crimes against humanity, and Ethnic cleansing.

Referring to mass atrocities. This concept can also be seen as reasons for education on family planning, the “Responsible to Protect” the lives of children born into a country. Literally R2P is used when, “A state (country) has the responsibility to protect its population, if unable, the International Community has responsibility to assist the state (country) by building its capacity. (http://tmscconsultingsvcsllc.wordpress.com/2011/04/1 9/international-world-management-leadership-tmsc-eme rgency-crisis- forcasting-table/).

In conclusion, education and funding are effective in promoting family planning and government intervention, as seen through the “Two is Enough” campaign in Hong Kong, and the Planned Parenthood program in the United States.